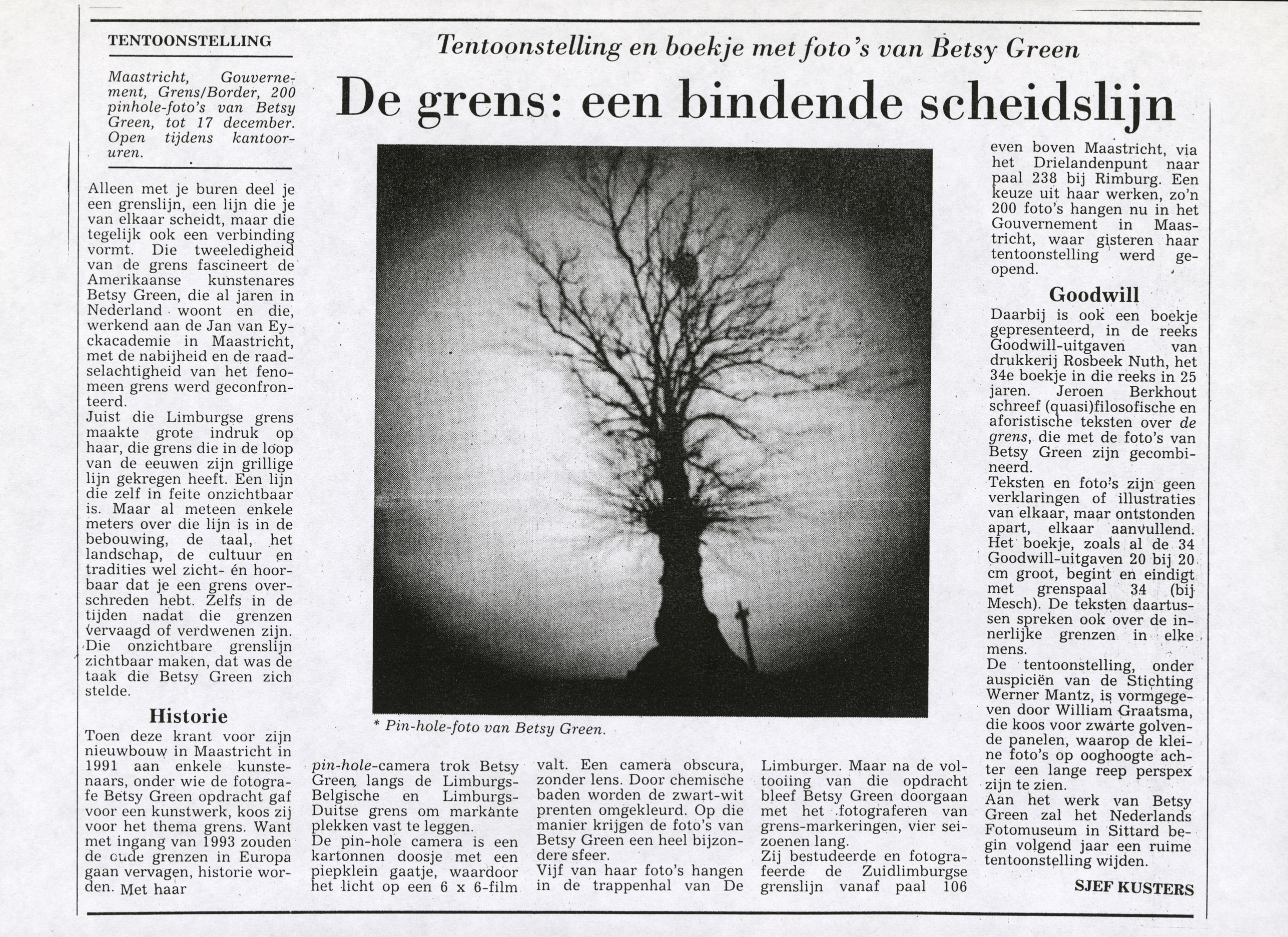 ... A choice from Green's work, around 200 photoworks, are now on display at the Gouvernement (Governor's Residence) in Maastricht, where yesterday her exhibition was officially opened. Accompanying the exhibition, a book was presented in the Goodwill publications of printer Rosbeek, Nuth, the 34th book in this series in 25 years. Jeroen Berkhout wrote philosophical and aphoristic texts about the border, which has been combined with Betsy Green's photoworks. Texts and photoworks are not each others' explanation or illustrations, but were conceived independently, complementing each other. The book, like all Goodwill publications 20 by 20 centimeters in format, begins and ends with border pole 34 (at Mesch). The texts in between, address the inner borders in every person as well. The exhibition, under the auspices of the Werner Mantz Foundation, has been designed by William Graatsma, who choose curving black panels, on which at eye level the photoworks are visible, behind a long strip of plexiglass. Next year The Netherlands Photo Museum in Sittard will dedicate a generous exhibition to the work of Betsy Green.